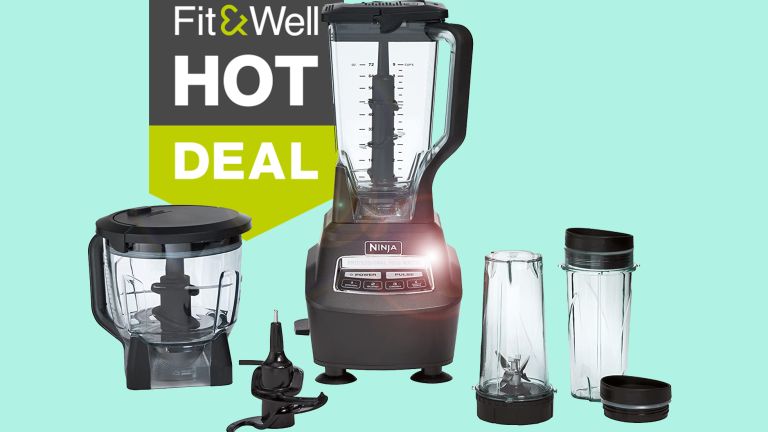 There are food processors, and then there are real food processors. If you're after a really comprehensive system with plenty of horsepower and an all-in-one set of tools for different jobs, the Ninja Mega Kitchen System is for you. Whether you're blitzing up some garlic paste, making a pitcher of margaritas or whipping up a post-workout smoothie, the Ninja is equally at home.

Right now, the Mega Kitchen System is available at Amazon for $199.99, a saving of $60 from the RRP. Check out the deal in full below:

Ninja Mega Kitchen System | was $259.99 | now $199.99 at Amazon
Save $60 on the Mega Kitchen System. The basic machine is small and easy to store, but it comes with a selection of convenient of attachments designed to cover every task at hand. A crushing pitcher pulverizes ice to snow in seconds, while the smaller food processor jug and smoothie cup attachments allow you to adjust your base unit according to your needs. View Deal

Ninja has been a leader in food processors for years, and this exceptional system is, well, no exception. It comes with two 16 ounce Nutri Ninja cups with to-go lids, ideal for creating personalized, nutrient rich drinks to take to the gym or out in the park to keep your workout fuelled. Just bend the ingredients in the cup itself, snap on the lid and go.

The extra-large 72 ounce pitcher is for party time. Whether you're making large quantities of soup to pop in the fridge or you're whipping up a batch of frozen margaritas, the crushing function will accommodate. The 8-cup food processor is ideal for almost all other kitchen scenarios, from salsa-style dips to batches of cookie dough.

Everything is dishwasher-safe, and it all clips easily to the base unit, which is the real star of the show. At 1500 watts, it'll pulverise anything you can throw at it faster than Mike Tyson in his prime, while four different blending speeds puts the power back in your hands.

Still not convinced? You can always check out Amazon's great deal on the Nutribullet 900, which has also had its price slashed. If you want to give your shakes an extra bump of protein, check out our guide to the best protein powders for women.