Endometriosis: everything you need to know, including how it can be treated | Fit&Well 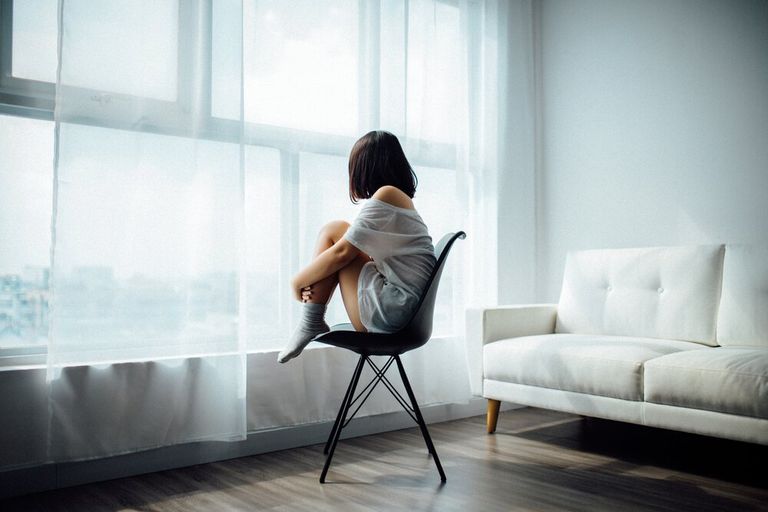 For too long, painful periods have been dismissed as 'one of those things', but what happens when the pain is unbearable – and life changing? For 1.5 million UK women, endometriosis (referred to here as 'Endo') is a monthly crisis.

We spoke to writer Helen Wilson-Beevers, who explains more about endometriosis and the drastic measures she took to ease her suffering.

“My endometriosis story started at 14, but it would be a painful nine years before reaching diagnosis. Regularly collapsing without warning, every month I was floored by nausea, bloating, fainting spells, exhaustion and heavy bleeding. And most of all – sharp, stabbing pains intertwined with a continuous dull, crampy ache. Misdiagnosed as IBS at first, then simply ‘painful periods’, I also underwent kidney and gastrointestinal investigations. Endometriosis was missed on an initial laparoscopy at 20 (the exploratory operation used to diagnose endo), before being found the second time I went into theatre, three years later.”

“After diagnosis, I endured several operations during which laser ablation techniques were used to remove the endometriosis. I was 24 when, not long after my boyfriend (now husband) Chris and I got engaged, we were warned that my 20s were likely to be the only chance I had of conceiving, if we left it much longer, the problems would escalate and scarring would make it almost impossible to have children. Thankfully, within three years we had our daughter and a son. However, both pregnancies were horrific due to complications caused by endo and I was very poorly after each birth.

“Unfortunately, after having my children, the pain worsened and by this point ambulances and intravenous morphine were a regular occurrence. It was devastating to spend multiple nights away from my family for pain relief and procedures, hooked up to a drip in hospital. At 29 I was told a hysterectomy was the next option for me but I waited another two years – I hoped things would improve and the hysterectomy wouldn’t be necessary but by then I was in an ambulance at least once a month and the pain was constant.

"My little boy saw an ambulance, pointed and said, ‘Look mummy, you go in those’ and it broke my heart. I had so much scar tissue from the surgery over the years, I was also on major painkillers and could barely walk. It was time to say ‘no more’. We’d exhausted all the options.”

Having a hysterectomy is far from the right option for everyone with endometriosis but in fact, no cure exists. I’ve had a slight recurrence of pain since, and the recovery was brutal, but exercise has improved my quality of life dramatically. I can work out, whereas I’d previously struggled to walk without a painkiller repertoire. I’ll never take that for granted.

“Currently navigating the surgical menopause at 35, I’m wobbling along in unchartered territory. An extremely isolating journey, it comes with the accompanying battle of exploring different HRT types to replace lost hormones. Those aforementioned-gym sessions are a mood-lifting lifesaver. Yet because of everything I’ve been through, I’m on a mission to raise awareness of the shocking impact endometriosis can have.

“Struggling to hold down a job and a social life out of reach, I saw first-hand how the disease impacts upon relationships and careers. Costing the UK economy £8.2billion a year in treatment and loss of work, endometriosis affects 1.5million women in the UK. Endo affected everything in my life, including my career. I stopped and started a lot of jobs during that time and had to leave them when sick days steadily accrued. I was called for absence hearings and one employer asked for access to my medical records. Another manager told me she didn’t get paid enough to cover the slack of me being off sick. Eventually, in 2011 I became self-employed and it’s been the best thing for me.

“The word is spreading and recent BBC research involving more than 13,500 women has led to MPs announcing an inquiry. In addition, menstrual wellbeing, including what can be classed as ‘normal’ pain and bleeding, is to be taught in secondary schools from 2020. Instrumental in both the above moves, charity Endometriosis UK is at the forefront of fighting for women’s voices to be heard.”

The second most common gynaecological condition after fibroids, endometriosis affects one in 10 women of reproductive age in the UK. This debilitating disease means tissue mimicking the lining of the womb grows elsewhere in the body. These cells react to a monthly cycle and bleed. But there is no way for this blood to leave the body, causing inflammation, pain and scar tissue. It attached to my pelvis and diaphragm, but endometriosis can also be found in the bowel, bladder, lungs and even brain.

Another lesser-known fact is that diagnosis can only be confirmed via laparoscopic surgery. It will not show up on scans or blood tests. This is an operation in which a camera is inserted into the pelvis through a small cut near your belly button. The camera is then used to explore pelvic organs and spot signs of endometriosis. If endo is indeed found, it may be treated by laser removal or taken away for further investigations.

Clearly, it’s problematic to offer surgery straightaway for everyone suffering with painful periods, which is why there’s a need for greater awareness about its specific signs and symptoms. And surely, if both medical staff and patients are aware of endometriosis warning flags, hopefully diagnosis times will begin to decrease. Faye Farthing, Campaigns & Communications Manager at Endometriosis UK says: “Women’s pain has been all too often normalised by society and people have been told not to challenge the pain they are in, with pain often being dismissed as ‘just bad period pain’ and to simply ‘get on with it’.”

With more women speaking up, together we can smash those dated period taboos, sparking further research and greater management options. Putting endometriosis in the spotlight offers much-needed awareness, for millions of us potentially suffering in silence.

Faye underlines: “For too long, menstrual health has been seen as a taboo and brushed under the carpet. As a result, women have been suffering in silence, often unknowingly, because they haven’t been taught what is classified as a normal menstrual cycle and when to seek medical help.”

Faye continues: “We’re absolutely delighted that menstrual wellbeing will be included in the school curriculum in England from 2020 regardless of gender. This will undoubtedly shift the way society talks about menstrual health for generations to come.”

One of the most isolating bits about battling endometriosis can be constantly answering that frustrating “are you better yet?” question. Look to friends and family who understand your need for rest and continued support. Endometriosis UK offer a helpline, plus access to both support groups and an online community for ongoing guidance.

As Endometriosis UK highlight on their website: “Because endometriosis manifests itself in a variety of ways and shares symptoms with other conditions, diagnosis can be difficult and often delayed.”

Symptoms are different from person to person and include:

✓ Heavy periods, with or without clots

✓ Pain on ovulation, during an internal examination and/or during or after sex

✓ Painful bowel movements and/or bleeding from the bowel

✓ Pain before, during and/or after passing urine

✓ Tiredness and a lack of energy

✓ Back and/or leg pain