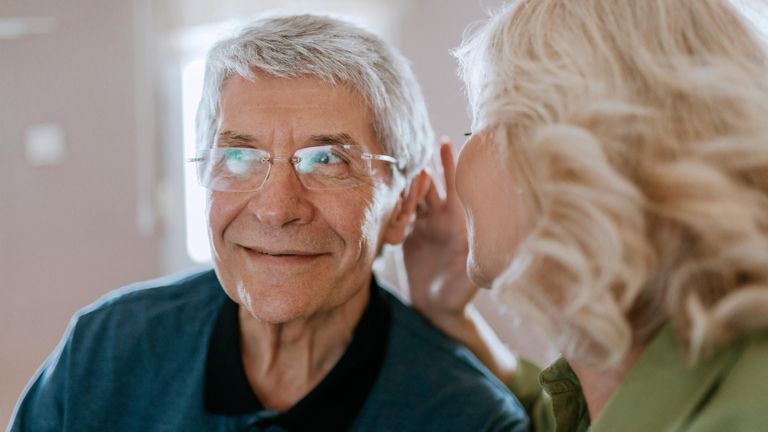 Sadly, hearing loss is a reality for an increasing number of people. According to the Hearing Loss Association of America (HLAA), 48 million Americans - around 20% of the population - suffer from hearing loss, making it the third most prevalent health condition in adults.

Meanwhile, Action on Hearing Loss states that there are now 11 million people living with reduced hearing in the UK – around one-sixth of the population. And by 2035, this is expected to soar to 15.6 million.

It’s not just a condition confined to old age, either. Hearing problems are already more common once we hit middle age, with 40% of over-fifties experiencing some level of age-related hearing loss. Even more worryingly, the World Health Organization (WHO) has revealed that millennials are most at risk, and are more likely to lose their hearing long before their parents. Indeed, the HLAA states that one in five US teens experience some degree of hearing loss.

Like smoking, hearing damage isn’t obvious and the effect is cumulative – you usually only notice it once the damage has been done and there’s rarely a fix. So understanding the types of hearing loss and their causes is essential.

There are three types of hearing loss:

Sensorineural deafness is caused by cochlear or nerve damage, and is often age-related (presbyacusis).

‘Age-related hearing loss is a natural part of the ageing process,’ says Hidden Hearing clinical audiologist Farhait Kiani. ‘As we get older the hair cells in the inner ear become damaged or die due to wear and tear, and they don’t grow back.’ This can cause presbycusis – a common hearing-loss condition.

You may start to notice that people are ‘mumbling’ or you can’t distinguish words when there’s a lot of background loud noise. ‘Hearing loss tends to be significantly more at higher frequencies as you age, so you may have trouble understanding female voices, more than male ones,’ explains Farhait.

This is a common cause of hearing loss for people whose job involved exposure to loud noise. However, listening to music with earphones, going to loud concerts and even everyday sounds such as road noise, can harm hearing when exposed to them repeatedly.

Specsavers’ chief audiologist Gordon Harrison advises using ear protection, especially if the noise is 85+ decibels (dB). The higher the volume, the less time you should be exposed to it.

As a guide, WHO has revealed the decibel level of various sounds, and how you long you can listen safely:

Hearing works by sound entering our ear canal and striking the eardrum, sending vibrations across three tiny bones (ossicles) in the middle ear to the inner ear (cochlea). This contains fluid and tiny ‘hairs’ that turn sound into electrical signals, which travel along the auditory nerve to the brain where the sound is interpreted. Blocks along this pathway can cause conductive deafness

Common causes of such blockages include:

Earwax: Earwax traps dirt and bacteria, preventing them from entering and causing infections or irritation. However, a build-up of earwax can cause hearing loss, along with earache, infections and vertigo.

Ear infections: These can become more common post-40, as the ear canal becomes thinner and drier, and is more prone to itching. Scratching it then allows the infection in.

‘An infection in the middle ear can cause fluid to build up, obstructing the movement of the eardrum and the tiny bones attached to it, referred to as conductive hearing loss,’ says Farhait. But this is usually temporary and subsides after treatment, which can include antibiotics.

Conductive hearing loss can be caused by damage to the tympanic membrane (eardrum). This may be caused by rapid changes in air pressure, such as flying, however a common cause is cotton buds being inserted too far into the ear canal. Experts recommend that you never insert anything bigger than your elbow into your ear.

A condition that affects the ossicles, the three tiny bones that send sound vibrations from the eardrum in the middle ear to the inner ear.

If you are concerned about your hearing, you should see your doctor. Conductive hearing loss due to wax build-up can usually be treated easily with ear drops.

For more complex hearing loss issues, you may be referred to a specialist (as an emergency if deafness comes on suddenly). You’ll need a thorough ear, nose and throat examination and hearing tests (audiometry, tympanometry and tests for electrical signals) to see whether you have conductive or sensorineural deafness or both.

If deafness starts prematurely, or there’s an imbalance between right and left ears, you may also need an MRI scan of your brain and ear canal.

As a matter of course, those aged 55+ should have their hearing checked every two years, as most hearing loss appears gradually.

‘The audiologist will run through your medical history and check the health of your eardrums and ear canal,’ explains Gordon. You’ll don headphones to assess the range of pitches you can hear.

You may need specific treatment (such as surgery), but you’re more likely to benefit from a hearing aid – though unfortunately, only one in three of us who needs them actually uses them. However they can make a huge difference and are much better than they used to be, although they may take some getting used to.

‘It may feel strange at first,’ says Gordon. ‘But even standard versions are individually made to fit your ear. Plus, there are discreet wireless options available too.’

If a hearing aid won’t help, children (and some adults) may be offered a cochlear implant. They bypass the damaged part of the ear and stimulate the auditory nerve directly. This enhances the clarity of sounds and improves your ability to understand speech.