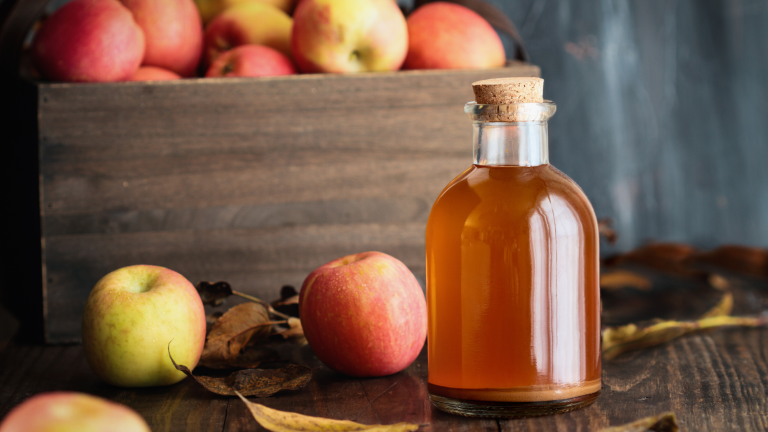 At any point in time, there's usually a food or drink that's being championed as a "miracle" weight loss aid. From green tea, which has been found to help your metabolism, to avocado, which became the toast-topper of choice for health fans. Now, it's apple cider vinegar, as lots of publications are championing the condiment's purported weight loss benefits. But what does the science say?

According to a round-up of the available science by Harvard University, much of the hype can be traced back to two studies. The most recent piece of research was published in the Journal of Functional Foods, and shows two groups of people on weight loss diets. One group was given small amounts of apple cider vinegar every day, and the other was not.

The second study was done in 2009 and published in Biscience, Biotechnology and Biochemistry. The study had three groups of people drink a glass of water containing none, one or two tablespoons of the vinegar each day. It was found the group who drank the most vinegar ended up losing the most weight and having lower levels of fat-storing chemicals known as triglycerides in their body.

It's worth noting during the first study, all participants were already on a calorie-controlled diet. It also needs reminding both studies are fairly small and short term, and Harvard concludes more long-term research is needed to iron out whether apple cider vinegar is really the health boon everyone's raving about.

The bottom line? If you're already cutting calories, eating lots of nutrients and getting plenty of regular exercise, adding two spoonfuls of apple cider vinegar into a glass of water certainly isn't going to make things worse. It might even help you in your weight loss endeavours.

If you are going to give apple cider vinegar a try, add two spoonfuls to a 500ml glass of water, so it's properly diluted, and drink it first thing in the morning because you're often dehydrated when you first wake up. Drink a lot more water (without the vinegar) throughout the day to keep your body hydrated, and try our science-backed tips to boost your metabolism as well.