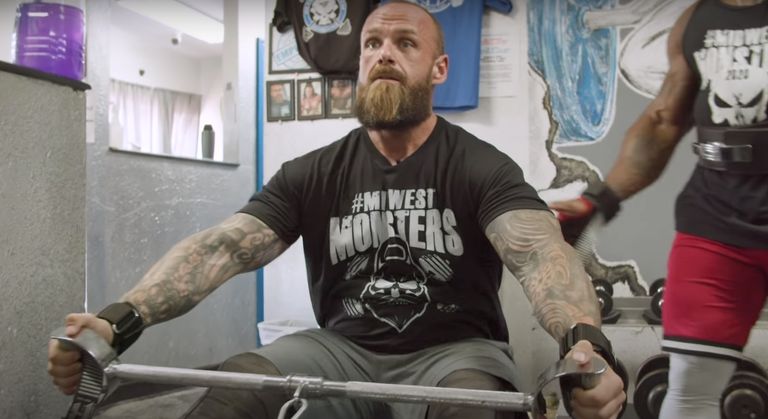 At 429lbs at 43 years old, Tony Sander’s obesity and drinking problem had become a major health issue. The Lawrence, Kansas resident received a big wake-up call after a car accident, caused by his drinking problem, left one of his knees shattered.

The doctors said they could not operate on him: due to his weight, he was at too high a risk to undergo reconstructive surgery. Tony was told "If you don't lose weight, you could die".

During his career in the automotive industry, Tony realised he had been comfort consuming donuts, pizza and other unhealthy food in an attempt to eat his stress away.

In 2017, Tony decided to tackle his food and alcohol addiction and, through diet and a strict exercise program, lost an amazing 210lbs.

Now, Tony views food as fuel to get him through his mega workouts. Tony told Truly: “Food for me was a source of relief, it was a way to release whatever stresses and everything else that was going on in my life.”

In order to lose the weight, Tony found an activity he really enjoyed and stuck with it through thick and thin. Many people believe they need a gym membership to really lose weight, but if you hate going to the gym, it will be much more difficult to stay consistent.

Instead, find an activity you love – running, cycling, martial arts, rock climbing, yoga – and use that as your anchor. A study from the scientific journal PLOS One showed that increasing enjoyment of exercise correlates with exercise adherance: in other words, people who enjoy their chosen activity are likely to do it more often.