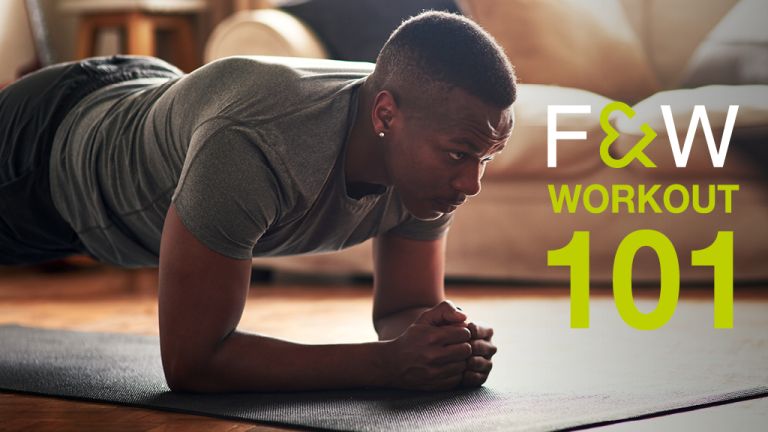 Mention the word “burpee” to anyone who’s done a fitness class and you’ll get the same reaction. The gruelling fat-burning move carries a formidable reputation, and rightly so: it’s a cardiovascular move demanding you work your upper and lower body in quick succession.

However, if you’re looking for a great conditioning workout, learning how to do burpees properly should be on your fitness checklist.

The burpee is a combination move consisting of a push up, squat thrust and a vertical jump. Although push ups, squats and jumps all contribute to building muscle, the biggest strain while doing a burpee is on your heart. A study published in the Journal of Strength and Conditioning Research found burpees work your cardiovascular and respiratory systems more than doing sprints on an exercise bike. Combine that with burning muscles, and you’ve got yourself one serious workout.

Because they tire you out so quickly, burpees are considered staple exercises when doing high-intensity interval training, otherwise known as HIIT. This kind of training, in which you work very hard during a set of exercises, rest and go again, is very different from low-intensity steady-state exercises such as going for a jog or long run.

How to do burpees: Where do we start?

If you’ve never done a burpee before, we’ll show you how to do a squat thrust first. Once you’ve got this movement down, we’ll go on to the main event, followed by a couple of challenging variations.

The squat thrust is ideal for those looking for dynamic, tiring exercises that test muscular endurance and provide a tough cardiovascular workout. Primarily, squat thrusts target a number of muscles in the legs, specifically those in and around your thighs, namely the glutes, quads and hamstrings.

They also provide additional benefits; as well as making the heart work hard, they also test out the muscular endurance of your arms, chest and, of course, the core. If you want to really push your body, several sets of squat thrusts at a high tempo (providing you’ve mastered the correct technique) is a great place to start.

How to do a burpee

Burpees are about the best total body exercise around, mixing squat thrusts, push-ups and jumps. While performing burpees, you shouldn’t pause at all – one movement should naturally lead into the next. Tiring!

If you want to make burpees even tougher, try this variation that mimics the movements of jumping jacks. It’s a guaranteed fat burner that will get your heart pumping.

Burpees are tough whatever way you do them, though few make your muscles fatigue quicker than this gruelling single-leg variation.