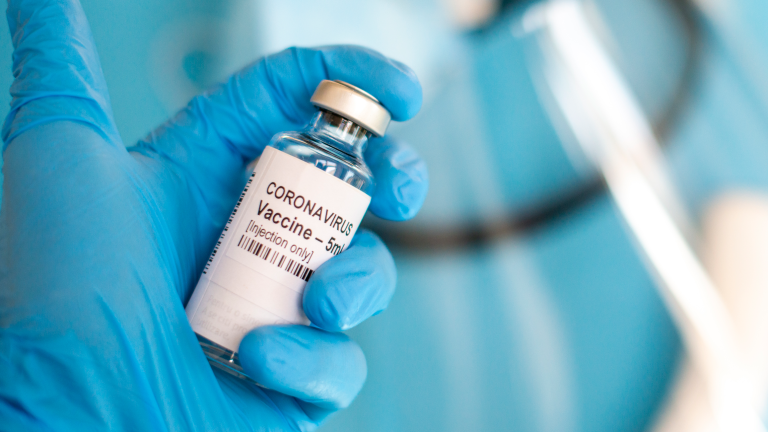 Now summer's over, economies around the world are taking steps to mitigate the hit they've received this year as a result of the coronavirus pandemic. Some people are returning to their offices, bars and restaurants are reopening and a "new normal" of life is being reestablished.

However, COVID-19 is far from over. Some countries are battening down the hatches as the cases creep up again, waiting for a "second wave" of coronavirus cases. Only a vaccine can really bring us back from the brink.

Trials are currently underway in the UK, Brazil, South Africa and the US, as scientists race to find a permanent way out of the crisis. Attempts to rebuff the virus' advances have proven difficult so far, with attempt after attempt to produce widely-available commercial tests falling flat.

But there is some recently-announced positive news: after rigorous trials conducted by scientists at Oxford University, a vaccine seems like it's on the horizon.

But there's lots of questions around the vaccine at this early stage. How does it work? Is it 100% effective? When will it be commercially available? We've compiled all the available information below. This page will be continually updated with new info, so keep checking back for more on the vaccine as it happens

Coronavirus vaccine: How was it developed?

The vaccine was a joint venture between scientists at Oxford University and pharmaceutical firm AstraZeneca. The vaccine, known as ChAdOx1 nCoV-19, is said to be engineered from a virus which causes the common cold in chimpanzees.

The BBC reports the virus works in the same way as coronavirus by using a "spike protein" to enter cells in the body. If the body can learn how to stave off the vaccine, it should also prove resistant to coronavirus.

Coronavirus vaccine: What stage is it at now?

Early trials of the Oxford University vaccine have been completed on 1,077 people, showing the vaccine is safe and that it triggers an immune response, which is a very positive step. An immune response means the body is responding to the vaccine by perceiving it as an attack, which is exactly the response scientists were hoping for.

In medical journal The Lancet, a new report says "ChAdOx1 nCoV-19 showed an acceptable safety profile, and homologous boosting increased antibody responses. These results, together with the induction of both humoral and cellular immune responses, support large-scale evaluation of this candidate vaccine in an ongoing phase 3 programme."

Translation? Larger trials are getting underway all across the UK in what's known as a "phase 3 programme".  If you're in the UK, you can see your nearest participating area here if you want to do your bit for science.

After a brief pause, the Oxford University trials have resumed, although the US Food and Drug Administration is said to be "concerned" about potential side-effects after a patient reportedly received a "severe" inflammation of the spinal cord.

Other large-scale trials are being conducted in Brazil and South Africa, designed to cover the bases of all different ages, genders and ethnicity to ensure the vaccine works for all. Most recently, one vaccine study in the US by another pharmaceutical firm, Moderna, is now on the way. Around 30,000 volunteers will be receiving shots of the experimental dose.

Russia is also playing its part, with Moscow's Gamaleya Institute readying a vaccine for large-scale use after less than two months of testing. How valid these reports are remains to be seen, as some official statements from Russia to the international community have been debunked in recent years. However, Russian Prime Minister Vladimir Putin has reportedly allowed his daughter to be one of the first to take the vaccine.

Elsewhere, the Chinese government is already treating key workers with an experimental Sars-Cov-2 vaccine, in one of the first moves to do so outside clinical trails.

Coronavirus vaccine: Who's first in line?

If you're young and fit, you could be waiting a lot longer for a shot, even when it does become more widely available, according to a report by City AM.

"We may end up in the first instance with a vaccine that is most appropriately targeted and which has a label that restricts its use to a certain population.

“As we know with this disease, the likelihood of death changes markedly with age. And so the risk benefit for a vaccine is likely to be very different by age. We’ll deal with a very large amount of the population who have the mortality loaded against them at the moment.”

It's likely the over-50s and those already suffering from conditions that drastically lower the effectiveness of the immune system will be the first in line for the vaccine. The general population will have to wait until the shot is more widely available.

Coronavirus vaccine: When can I get one?

Not for a while. Although the UK government has reportedly pre-ordered 100 million doses of the vaccine, a confirmed success won't be announced at least until the end of the year, with the vaccine highly unlikely to enter mass-production until 2021.

Trump has considered fast-tracking the Oxford University vaccine, bypassing normal US regulatory standards and releasing the experimental vaccine ahead of the US Presidential election in November, according to sources speaking to the Financial Times. This is no doubt a political move, rather than a science-based one, as the small sample size of the study indicates more testing is needed.

However, the vaccine is less popular than many have hoped. According to a study by King's College, only 53% of Britons would willingly take the vaccine. In the US, the origin of a growing anti-vaccination movement, the situation is even more divisive. Communities and individual states divided on the effectiveness of masks, let alone a vaccine.

There's even some press and internet chatter about the vaccine becoming compulsory in some countries. Although a compulsory vaccine is unprecedented, so is the entire coronavirus situation. However, it would be extremely difficult to enforce, and there would be a certain section of the public that would be extremely resistant to the idea.

Until the vaccine is readily available, it's masks on, sanitising regularly and adhering to strict social distancing policies, we're afraid!