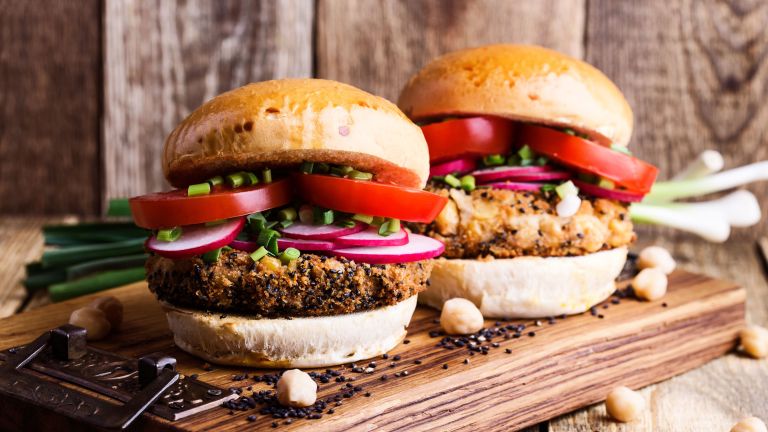 Plant-based "fake" meats, vegan alternatives to foods such as bacon, minced beef and burgers, have taken off in recent years. Whether it's due to health or environmental concerns, more and more people are making the switch. Made with alternative protein sources such as peas and flavoured to taste just like their animal counterparts, brands like Beyond Meat and Impossible Foods have become very successful at replicating our favourite meaty treats.

However, are these alternatives actually any better for us? A team of scientists from Stanford Prevention Research Centre set out to find out. After all, the burgers, for example, are prepared in the same way by a restaurant, flavoured with sodium and considered "processed foods", said to be made with food isolates and extracts instead of, for example, whole beans or finely chopped mushrooms.

The Stanford study looked at the diets of 36 participants for 16 weeks. One group ate a plant-based diet including these meat substitutes, while the other ate a diet containing animal products, swapping after eight weeks.

The researchers found the body has a significantly lower count of a chemical known as trimethylamine N-oxide, or TMAO, in the body of those who were on plant-based diets. TMAO has been linked to risk of heart disease and cancer, so using the plant-based alternatives to reduce the amount of red and processed meat we eat could be beneficial when it comes to fighting these diseases.

It's worth noting the study was funded by an "unrestricted gift" from Beyond Meat, so the research might have to be taken with a pinch of salt. However, another study from the scientific journal Nutrients found plant-based meat as being lower in calories and saturated fat, while higher in fibre.

It's also reported as being higher in carbohydrates and added sugar than its meaty counterpart, so it's not perfect. However, the trend is driving innovation, and while a plant burger might be better for your health, it's still not great. Whole, unprocessed foods as part of a balanced diet are still the healthiest option.

The bottom line is, as always, a balanced diet. If you're looking to reduce the potential risk of a red meat-heavy diet, than opting to sample a plant-based burger if you see one on a restaurant menu is an easy switch that could be beneficial to your heart heart and the environment. But it's still a highly processed piece of food, with plenty of additives (including sugar) which stop it short of being classed as "healthy" according to the current research".