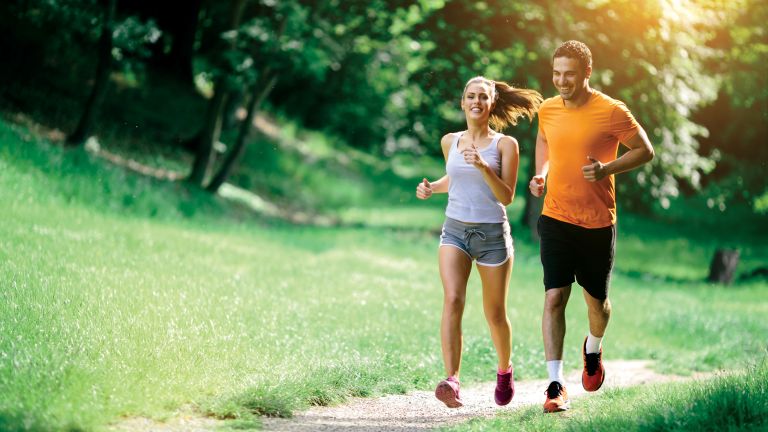 "Oh, I've only got half an hour. By the time I shower afterwards, I won't have time for a good run."

We're sure many people who enjoy running have had this thought a couple of times, whether you're trying to squeeze a run in before work or you're mustering up the energy to get off the sofa. However, science has found that even short runs will improve your health and lengthen your lifespan, so there's no excuse for putting your running shoes to one side in favour of your slippers.

The study, published in the Journal of the American College of Cardiology, illustrates why there's no such thing as "too short" when it comes to pavement pounding. After studying cardiovascular mortality in a huge sample size of 55,137 adults, the researchers found the following:

"Running, even 5 to 10 min/day and at slow speeds, is associated with markedly reduced risks of death from all causes and cardiovascular disease."

This is brilliant news, especially for beginner runners. Running for just over 10 minutes a day, five days a week, is enough to reduce your risk of mortality from cardiovascular conditions by at least 30% compared to non-runners.

Of course, this transformation doesn't happen overnight: the study took place over the course of three years, but it won't take that long to make regular running a habit. Programmes like Couch to 5K are designed to slowly introduce participants to the basics of running, and help elevate your fitness to take on a 5K.

However, every time you lace on those shoes, you're not just getting a little closer to the 5K race finish line: you're also lengthening your life.

Another study published in the British Journal of Sports Medicine corroborated these findings: any amount of running was associated with a 27% lower risk of death from all causes, not just cardiovascular.

It just goes to show: next time you don't think you have time for a run, think again. From the beginner to the serious athlete, a 15-minute jog is always going to be better than doing no exercise at all.