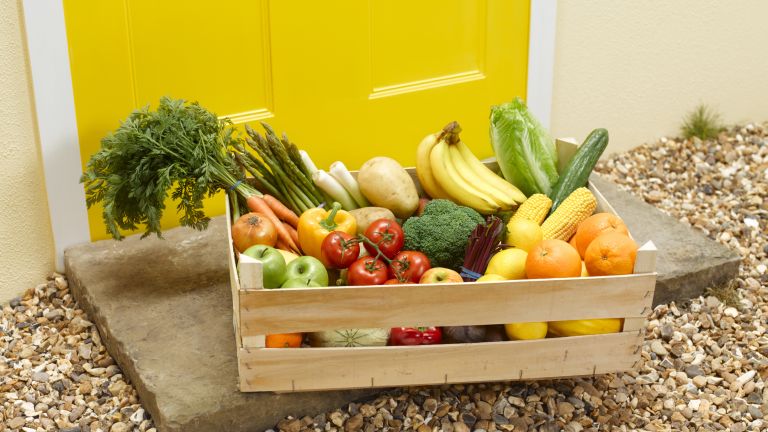 It has a bad rep, but cholesterol is essential for the normal functioning of your body.

Needed for building cell membranes, and for making hormones, vitamin D and fat-dissolving bile acids, about 80 per cent of cholesterol is made in your body and the rest comes from food. But too much fat in your bloodstream can cause your arteries to ‘fur up’.

This is known as atherosclerosis and can restrict the flow of blood and oxygen to your vital organs, increasing your risk of angina, a heart attack or a stroke. ‘Factors including smoking, being overweight and a poor diet, with lots of foods high in saturated fat, can all contribute to high cholesterol,’ says Rob Hobson, head of nutrition for Healthspan.

The only way you know if your cholesterol is too high is to have a test. Your doctor will look at your overall cholesterol level but also at the breakdown between low-density lipoprotein (LDL), the unhealthy form that can cause fatty material to stick to your artery walls, and healthy high-density lipoprotein (HDL), which carries cholesterol away from the cells, taking it to the liver to be broken down. Having a higher ratio of HDL to LDL is considered positive, even if your overall level’s a little on the high side.

The good news is lifestyle measures can play a major role in keeping cholesterol to a healthy level. Don’t smoke, exercise regularly, keep to a healthy weight and try to avoid too many foods high in saturated fat, such as red meat and butter, and sugary foods, advises Hobson.

On top of all that, you can actively choose foods that help lower cholesterol. Here are some of the top foods proven to help keep cholesterol down...

Oxidation changes the structure of LDL cholesterol, making it more likely to stick to blood vessel walls. Fruit and vegetables are rich in vitamins and other compounds that act as powerful antioxidants, helping to prevent the oxidation of LDL cholesterol. And that reduces the chances of it being deposited in the arteries, explains Hobson.

Try to eat at least five portions a day. All fruit and veg will help lower cholesterol but it’s helpful to aim to eat a variety of different colours – the different pigments indicate the presence of different heart-healthy compounds.

‘Oats contain soluble fibre, which can help reduce LDL cholesterol levels by encouraging your body to excrete it before can be absorbed into the blood stream,’ says Hobson. And, research shows, because it fills you up, you’re less likely to reach for fatty foods later.

Breakfast is a good opportunity to include oats. Choose porridge or muesli, or add some to a fruit smoothie.

Think lentils, chickpeas and beans such as kidney beans and butter beans. Again, these foods are high in soluble fibre, which helps push LDL cholesterol out of the body.

Try replacing meat in dishes with these foods: base a Bolognese sauce on lentils rather than mince, or halve the meat and top up with beans or lentils to bulk out a sauce. Chuck beans into soups and stews to add fibre.

Fish like salmon, mackerel and sardines are rich in omega 3 fatty acids. ‘These help increase HDL cholesterol and reduce triglyceride levels,’ says Hobson. ‘They can also help protect your heart by making blood less sticky and clot-prone. And they can help lower blood pressure and encourage the muscles lining your artery walls to relax.’

Aim to eat at least two servings of fish a week, one of which should be an oil-rich variety. Caveat – tinned tuna doesn’t count! Fresh tuna’s a good source of omega-3 fatty acids but the canning process removes them. However, other tinned fish – such as sardines and salmon – give you a good whack of omega-3s.

Nuts are packed with unsaturated fat, which – unlike the saturated fat found in dairy and red meat – helps reduce damaging LDL cholesterol and triglycerides, while raising HDL cholesterol. Research has shown even the humble peanut contains substances including resveratrol and phenolic acids, which block the absorption of cholesterol from the diet.

Snack on nuts or sprinkle them over cereal and salads. Nut butters are another easy way to boost your intake.

Some research has found eating 25g soya protein per day day can cut your total and LDL cholesterol by an impressive 10 per cent. Soya’s high in plant sterols shown to help block the absorption of cholesterol, keeping LDL levels down but leaving HDL cholesterol unaffected. And as these foods are high in protein but low in saturated fat, there may be a ‘displacement effect’ because you end up eating them instead of foods high in saturated fat and calories, such as red meat.

Try tofu in stir fries instead of meat. Snack on edamame beans and try throwing soya beans into stews and casseroles.

It’s rich in a group of phytochemicals called flavonoids, and these are known to help defend the body from free radicals, which can cause oxidative stress. That means they can help prevent the dangerous oxidation of LDL cholesterol.

Certain wines have been found to contain higher levels of flavonoids – go for Cabernet Sauvignon, Merlot and Pinot Noir wines, particularly those from Chile. Don’t overdo it, though – stick to one or two small glasses. Excess alcohol can push up blood pressure and also contains a lot of calories, leading to weight gain.

Yes, it’s time to put the kettle on – tea’s another drink packed with flavonoids, which help to prevent the oxidation of LDL cholesterol so it’s less likely to stick to artery walls and cause problems.

Go green – it’s been shown to contain the highest levels of flavonoids. But that doesn’t mean you can’t reach for of the black stuff if you want to. Black tea also contains flavonoids and is known to be heart healthy.