A diet plan with less meat will help you live longer, according to science | Fit&Well 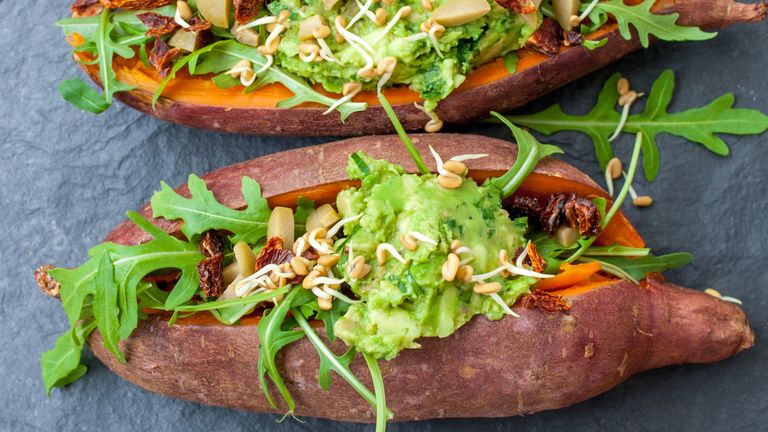 Whether it's a thick sirloin steak, a rack of pork ribs or a piece of southern fried chicken, the world's love affair with meat isn't going away anytime soon.

While vegetarian diet plans are on the increase, meat is still very popular and considered good for us: in particular, a study from Frontier Psychology suggests men are more likely to consider meat as "healthy", and eat more of it than women.

We're not saying meat is unhealthy, when eaten in moderation: both red and white meats contain some very important nutritional stuff, such as protein (the building blocks of muscle), iron and lots of beneficial fatty acids. However, too often we consider meat as our only source of protein.

In one study published in the journal JAMA Internal Medicine, researchers looked at all causes of early death and cross-referenced it with those who ate more animal or plant protein. The study found substitution of animal protein for plant protein was associated with lower risk of total, cancer-related, and cardiovascular disease–related mortality.

These findings are significant. Even though eating meat is thought to be good for you, the study, which looked at 70,696 Japanese adults, suggests swapping to alternative forms of protein will help dodge many cardiovascular and cancer risks.

The relationship between meat and cancer

Processed meats, like bacon, sausages, ham, pates and corned beef, are confirmed causes of cancer.  A study published by Cancer Research found processed meats were considered carcinogenic, with consumption linked to a 17% increase of bowel cancer.

Red meats aren't considered quite as dangerous as processed meat, but it's been placed in category 2A, which is considered a "probable cause" of cancer without being confirmed as carcinogenic.

Leaner meats like chicken and fish are considered "safest". It's worth dialing down the amount of red and processed meats in your diet by swapping over to leaner meats and vegetarian sources of protein.