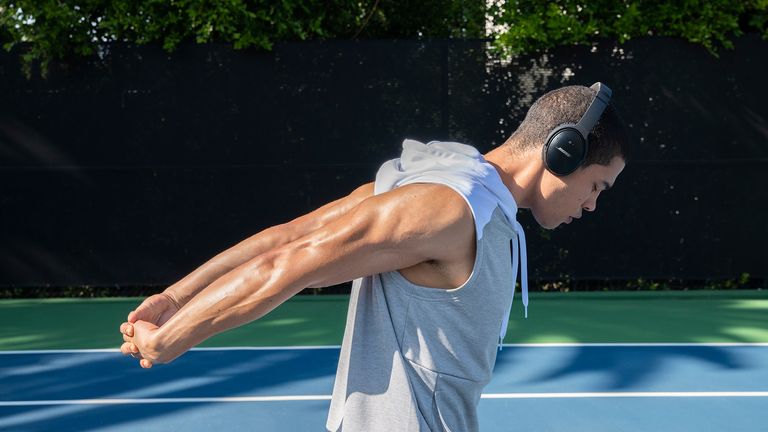 We love listening to music when working out. There's nothing more motivating in the last few minutes of a workout, when we're almost out of energy, than your favourite upbeat song blasting through your headphones. Music helps us cross the finish line.

There's science to this positive effect music has on our workouts: one study, conducted by researchers from the University of Londrina, Brazil, sought to examine how music helps us go that extra mile, especially when running.

The researchers found that music was not just able to improve our mindset while running, but it also minimised our perceptions of muscular pain, allowing us to work harder without thinking about our bodies. This led to improved performance, and even accelerated recovery during running.

Meanwhile, another study published in the journal of Psychology of Sport and Exercise found that working out to music created “higher-than-expected levels of endurance, power, productivity, or strength” in study participants.

There are certain songs that seem to have this effort on lots of people. As the London Marathon 2020 is set to take place on Sunday (the first all-online event in the organisation's history), streaming service Spotify has noticed an enormous 25,000 streams of London Marathon-inspired playlists in the last month.

The most popular song on people's running playlist is "Survivor" by Eye Of The Tiger, due to its association with working out hard. In the Rocky films, of course, Survivor acts as the soundtrack to Sylvester Stallone's victory as he defends his championship boxing title.

Survivor may top the list, but it's far from the only song playing on repeat as the UK gears up for a marathon. The five most popular running songs in the UK are as follows:

Spotify has announced its most popular UK running playlist, Running UK, will receive an update with an enormous five extra hours of tracks, bringing the playlist to eight hours. That's enough for a marathon and then some, with not a single song on repeat.

Go dive into the playlist for some top-tier workout motivation. As the study above proves, using the right music can enhance and transform your runs.