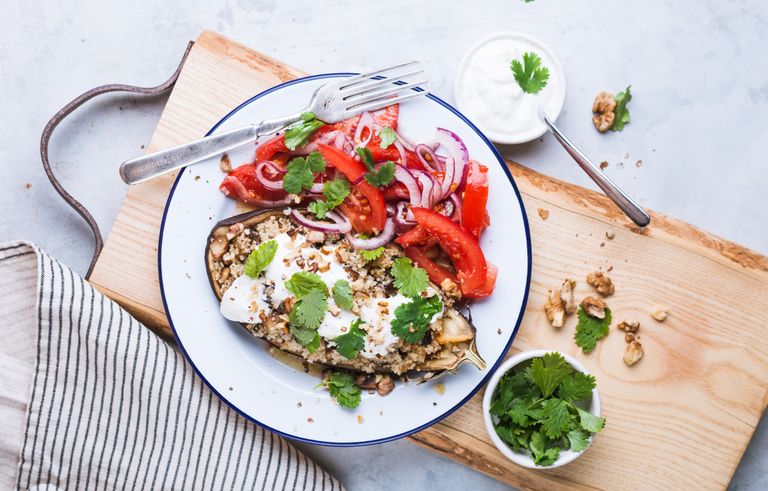 It's true: No matter how much walking or running you do, you can't out-train a bad diet. Making positive change in the kitchen is the first step to a healthier lifestyle: you'll look better, get fitter and keep weight off easier all with a few simple dietary swaps.

In addition (in case you haven't heard), there's a virus on the loose, which is proven to be less effective against individuals of a healthy weight. There's never been a better time to start making good choices and filling your fridge with fruit and veg.

The easiest way to make those choices is to start eating your five portions of fruit and veg a day. The advice might sound a little trite, but there's serious science to back it up, as one study published in medical journal The Lancet found.

The researchers from McMaster University in Canada studied a group of over 100,000 adults for ten years. They found people who ate three servings per day were 23% more likely to live longer than those who only ate two. Adding a fourth portion into the mix helped even more of the participants live longer, guarding against all forms of mortality.

In order to get the UK eating healthier, model and nutritionist Sarah Ann Macklin has launched the Great British Veg Out, a 30-day challenge encouraging the public to increase their fruit and veg intake every day for 30 days. The plan has been supported by celebrities including Olympian Victoria Pendleton and Take That's Gary Barlow.

Macklin writes: "Increased veggie consumption has been linked to weight loss and even reduced symptoms of depression.

"Sometimes we forget that preventable health measures, like a good balanced diet, can be so important for our health."

Macklin has released a series of 30 free, cost-effective recipes available via her website, all of which are designed to increase our fruit and vegetable intake while reducing food waste.

Macklin is also using the challenge to educate the public about their ability to eat healthily on a budget, including widely-available supermarket ingredients such as canned tomatoes, beans, frozen fruit and vegetables, all designed to "keep the cost of meals low, whilst ensuring you are not sacrificing on nutritional value and flavour".

As well as getting your five a day, there's a few more easy, simple healthy eating food swaps you can take advantage of, such as swapping sugary drinks for black coffee or green tea, or trying the Mediterranean diet.