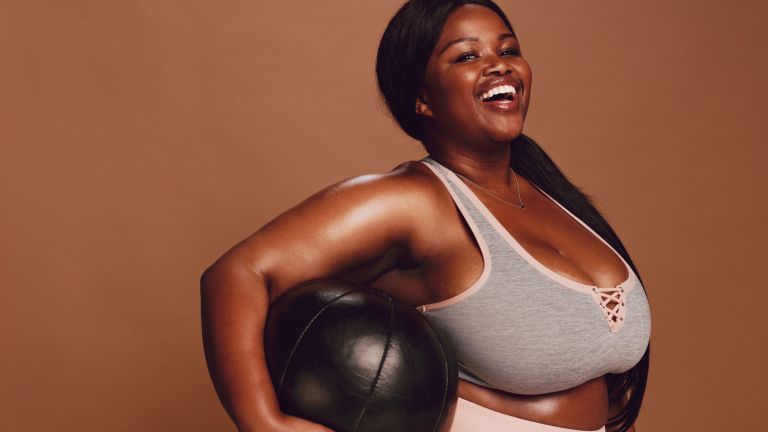 If you've very recently gotten into fitness, you might be performing the same exercise (like running, or a particular routine with weights) over and over again in an attempt to get fitter and stronger.

There's nothing strictly wrong with that: being able to do more squats than you could four weeks ago is how a lot of us measure our progress. But if you find yourself bored with exercise, or missing workouts, you should mix things up and try new exercises you've never done before.

It might sound a little bit arbitrary, but there's science claiming this will benefit your workouts. A study published in the scientific journal PLOS One measured muscle thickness, motivation and strength in two groups of people who already had experience with resistance training.

One group stuck with the same series of exercises for eight weeks, while the other performed exercises which were randomly selected for them before every session, via a computerised app. The end result was quite surprising.

Similar improvements in muscle thickness and strength were recorded for both groups, so the random exercises were just as beneficial as the carefully controlled programme. However, the random group recorded much higher levels of motivation to keep on training than the people doing the same exercises every session, who felt considerably more burned out.

Similar improvements in muscle thickness and strength were recorded for both groups, so the random exercises were just as beneficial as the carefully controlled programme.

However, the random group recorded much higher levels of motivation to keep on training than the people doing the same exercises every session, who felt considerably more burned out. This proves changing up your workout is a vital part in keeping things interesting and fun, encouraging you to stick with your new routine.

This can be adapted to lots of different disciplines: if you're training for a Couch to 5K, you should try a different route, or spend one day having a go at sprinting uphill. If you've taken up lifting weights or exercising in your living room at home, try lots of different moves, which has the added benefit of working different muscle groups, or using a piece of equipment you've never tried like a medicine ball.

You could even try a whole new discipline: give paddleboarding, hiking, dance, HIIT or martial arts a go for the first time! You'll also experience these exercise from a new perspective, as you'll be able to make the most of them now you're already fitter and stronger than before you started your fitness journey.

A word of caution: there is such thing as too much of a good thing. The study says "there may be a trade-off whereby too frequent rotation of exercises somewhat compromises muscle growth and strength... Those who wish to maximize these outcomes may wish to limit exercise variety".

If you change exercises too often, you won't work any one muscle group enough to make it stronger. It's best to have a regular routine featuring the main muscle groups you're trying to improve, and occasionally break the routine to keep yourself interested.