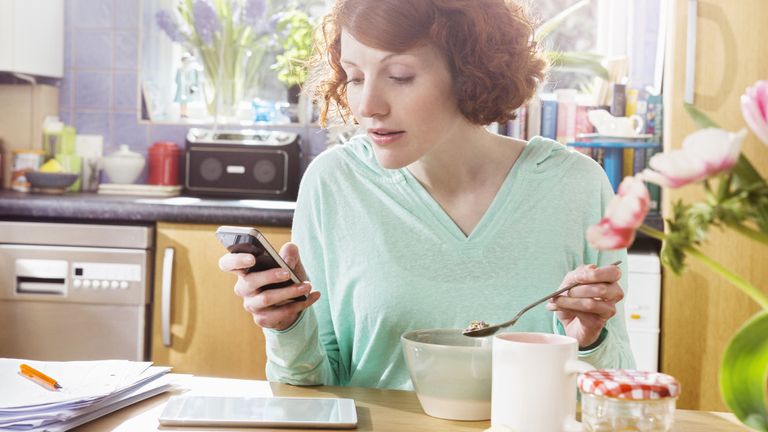 According to recent figures, over 25 million Brits regularly miss breakfast, a meal considered the most important of the day for centuries. The number is even greater in the US, with a recent study claiming nearly a quarter or American’s failing to eat first thing - that’s around 82m people.

But why IS breakfast so great? And how can you ensure you’re making the most of your morning feed? Nutritionist Rob Hobson tells us about breaking the fast…

Why is breakfast important?

Rob explains that breakfast can help boost our concentration and productivity levels. And if you miss it? Rob tells us, ‘Research suggests people who skip breakfast tend to be at greater risk of being overweight. You’ll end up snacking, often on sugary foods.’ We all know that eating just one cookie in morning meetings is unlikely…

When is best to eat breakfast?

‘It depends, but I don’t think you need to eat as soon as you wake up; for many people it’s the last thing they feel like,’ says Rob, who reckons we should try to eat within four hours of waking.

What are the best foods to eat for breakfast?

‘Try different foods and aim for a meal of around 500 calories,’ Rob says. Think protein, fibre and carbs. ‘Protein and the fibre in the carbs fills you up till lunch, while the carbs provide B vitamins – essential for energy production.’

Rob also suggests including fruit or veggies in your brekkie. ‘If you eat three meals a day, and you don’t include any in your breakfast, you’re less likely to hit your five-a-day,’ he says.

Rob recommends his tried and tested soaked oats recipe. Simply combine oats, apple juice, fruit and yogurt in a bowl and leave in the fridge while you shower. When you’re ready, your oat bowl will be good to go.

Rob says: ‘Boiled eggs are good to eat on the way to work. Cook a batch at the weekend so your next few days are sorted and eat with toast.’ Your hard-boiled eggs will keep in the fridge up to seven days.

Hitting the gym? I recommend something light before a morning workout. One scoop of protein powder mixed with water or almond milk usually gives me an energy boost. As for after, Lucy try an egg wrap with spinach or a bowl of oats topped with nuts, yogurt and peanut butter.