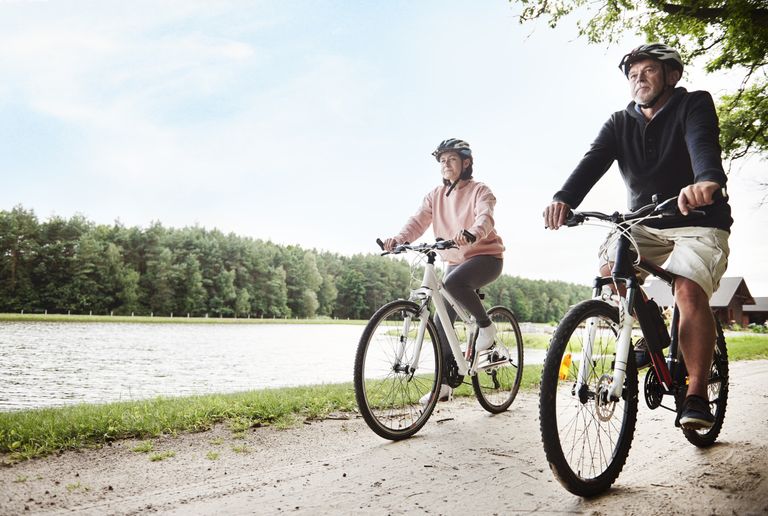 The benefits of cycling are in the spotlight right now after plans to prescribe the exercise as part of the UK government's response to coronavirus were announced.

Plans to help people lose weight over 12 weeks will include GPs prescribing cycling as a way to lose weight, with surgeries providing access to bikes and ministers pledging to improve cycling infrastructure such as separate cycle lanes, traffic-controlled areas and increased cycle parking.

The initiative was announced following a Public Health England report warned that being obese or excessively overweight puts people at greater risk of serious illness or death from Covid-19.

Of course, the benefits of cycling have long been known - and not just from the obvious physical and mental health perspective. Cycling also brings with it environmental and social benefits, as we outline below - along with tips from an Olympic cyclist Lizzie Deignan on how to get started...

‘Being outdoors releases endorphins or happiness hormones,’ explains Jonathan. ‘Not only are you starting to look better, but your brain is also getting a fix of agility training with navigating, spatial awareness and decision-making.’

David Attenborough already inspired you to ditch plastic? Don’t stop there – carry on saving your planet by hopping on your two-wheeler.

‘Cycling is free and, compared  to a vehicle that runs on petrol or diesel, burns only your fat!’ says Jonathan.

And, with social-distancing measures and mandatory face masks in place on public transport, cycling is not only a greener option but also a more pleasant one right now.

Putting your headphones in and hitting the treadmill isn’t exactly sociable. ‘Cycling is an amazingly social pastime, and if you cast your eye over your local groups pages on social media, you will discover a myriad of cycling groups and clubs which cater for a range of cycling styles and abilities.’

How to get started: an expert guide

Lizzie took up cycling at the age of 15 after the British Olympic cycling team visited her school. She has since gone on to win a silver Olympic medal at London 2012, in addition to a host of other titles. Here she lifts the lid on biking basics for anyone considering taking up cycling…

‘It’s important that cycling clothes are tight, even if they feel uncomfortable at first. Cycling shorts should have bum padding to avoid saddle pain,’ says Lizzie.

As for footwear, start with trainers and then move on to cycling shoes. She explains: ‘You don’t need expensive ones, but it’s a good idea to ride on grass and practice clipping in and out before  you go on the road.’

To reduce chafing, don’t wear pants underneath your cycling shorts. ‘It’s the worst thing you can do,’ says Lizzie.

Fuel yourself up properly before a long ride. ‘Before  I cycle I have porridge with milk, bananas and berries,' says Lizzie, adding: 'Afterwards, I eat protein and carbs, such as an egg on toast.'

‘If you want to get faster but don’t have  much time,  spin classes will make the  most of a short  amount of time,’ Lizzie reveals. ‘An hour  on the road is less intensive than an hour on a spin bike, but there are other factors to deal with outside such as weather, balance and traffic.’