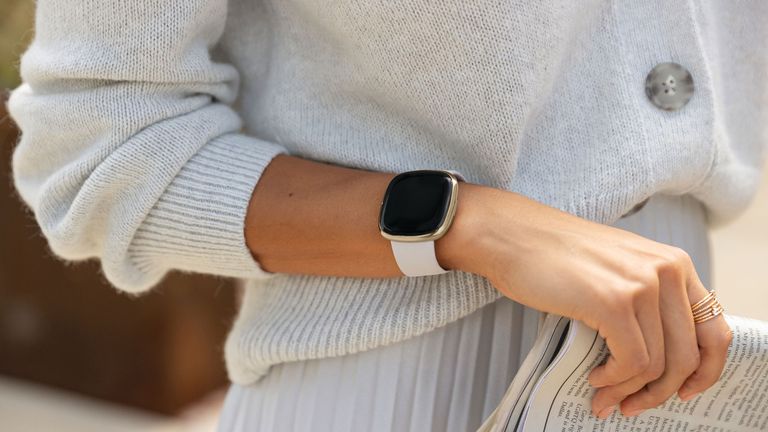 From scales to smartwatches, Fitbit has always been a leader in intelligent devices designed to provide us with information about our health and fitness. Now, the biggest name in fitness tracking is coming out with a trio of brand new devices. They'll be launching worldwide in September, although they are already available to pre-order in places like Amazon and on the Fitbit website.

Without further ado, here's everything we know about the Fitbit Sense, the Fitbit Versa 3 and the Fitbit Inspire 2.

Fitbit Sense has been billed as "the company’s most advanced health smartwatch" to date, and it's easy to see why. Although the rounded pebble and silicon band brings to mind the shape of the Versa 2, the new software and hardware the graphite and stainless steel watch is bringing to bear makes it more hi-tech than any of its predecessors.

A new electrodermal activity (EDA) sensor is said to help manage stress, reading your emotional responses in more sophisticated ways than ever. Advanced heart rate tracking technology is present along with a new ECG app or electrocardiogram. It doesn't just measure your pulse, but monitors the electric activity of your heart to obtain more accurate readings than ever. An on-wrist skin temperature sensor completes the set.

The watch reportedly boasts six days of battery life and comes with Fitbit's usual suite of features. These will be updated, with a new health metrics dashboard showing stuff like heart rate variability (HRV), breathing rate, and SpO2, which measures the amount of oxygen in your bloodstream.

Fitbit Sense will be available worldwide in September priced at £299.99. There's currently no word on a US price.

Fitbit Versa 3 is the next evolution of Fitbit's very popular Versa series. Fitbit's new suite of features is also present here, alongside GPS abuilt into the watch itself. An in-built speaker and microphone allows you to take and receive calls from the watch, just like a regular smartwatch. You can send calls to (and receive) voicemails and adjust the volume of a call from your wrist now. Amazon Alexa is also included, as it was in the Fitbit Versa 2.

The fitness features have also been buffed, although it's not quite as sophisticated as the new top-line Fitbit Sense. Fitbit's continuous heart-rate monitoring with its PurePulse 2.0 technology allows for incredibly accurate readings of your workouts. With Amzon Alexa, you can control your smart home devices with your voice from your watch. How's that for futuristic?

Fitbit Pay 23 allows you to make secure payments, and the Versa smartwatch (like its predecessors) has access to thousands of apps from the store. Deezer and Spotify synergy make it easy to select the right soundtrack for your workout.

The Fitbit Versa 3 will be available from late September, priced at £199.99 in the UK.

Fitbit's trimmed-down range of fitness trackers, the Fitbit Inspire and Inspire HR, is also getting a new addition. Although the list of features are a littme more limited compared to state-of-the-art smartwatches above, its enormous 10 days of battery life and dedicated fitness tracking features more than make up for it.

With over 20 goal-based fitness tracking modes, allowing you to accurate monitor your swim, run, strength session, sports game and loads more, always-on heart rate tracking and food, hydration and even menstrual information from the Fitbit app is all there, right on your wrist.

More of a dedicated fitness tracker than a genuine smartwatch, this is for fitness purists, people who don't want endless whatsapp messages buzzing on their wrists, or those on a budget. Priced at £89.99 (again, with no US price yet) the Fitbit Inspire 2 will be released in September.