Nutribullet 900 price crash at Amazon: Get healthy with juices, smoothies and soups | Fit&Well 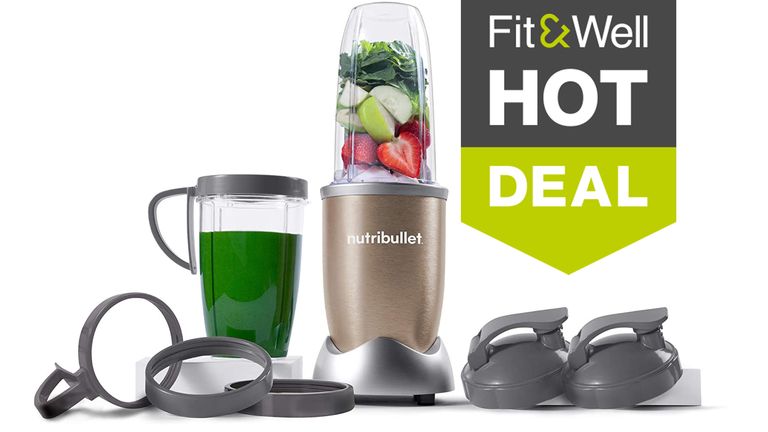 When it comes to health and fitness, there's plenty of high-powered blenders and juicers out there to choose from. However, there's few brand names so ubiquitous with the concept as Nutribullet.

The best Nutribullets are definitely up there with the best of the blending world right now, and the simple design – the snap-on body of the blender become the shake's main container – becoming popular all over the world.

The Nutribullet Pro 900 high-speed blender is on offer at Amazon right now for just $69.99, with a huge 26% discount. Check out the deal in full below:

Soups and shakes are becoming more popular, both as ways to squeeze more nutrition in between meals and as meal replacements in their own right. One study from the UK's National Health Surface and Oxford University found replacing all foods with strict calorie-counted soups and shakes, allowing dieters between 800-1200 calories per day.

This study found participants lost an average of one stone 10 lbs after one year – around three times more than the usual NHS obesity care.

However, Nutribullets aren't just for serious weight loss fanatics. Smoothies and shakes are a great way to blend lots of different fruits and veggies to cram a serious amount of goodness into your diet. What's more, thanks to the grab-and-go Nutribullet setup, you don't even have to clean the machine until you've finished your smoothie, as you've taken the 32oz cup out with you.

The machine is said to crush seeds, stems, and skins of fruits and vegetables, and tougher ingredients like wheat grass and whole fruit, ensuring you're not leaving any goodness behind.

Want to give your shakes an extra kick of protein? Check out our Best Protein Powders For Women guide.